It didn’t start as a Good Friday. In fact, it started with me in tears, hugging my dog on the floor. Which I should probably explain. He wasn’t feeling well yesterday, a bit off his food, a bit drooly and just unhappy really. I thought I’d take him to the vet then because I didn’t want him to get worse and end up paying a billion dollars in vet fees on a public holiday. HA. So I took him, they did bloods and basically were none the wiser. Diagnosis: maybe he ate something he shouldn’t have. I suspected ears, but I ain’t no vet. Fast forward to this morning and he had deteriorated into a stumbling, circling drunken sailor with the inability to focus his eyes. It was upsetting, I was concerned about the billion dollar vet fees. But alas, I had seen this before. Vestibular disease, middle ear infection related. I’d bet my life savings on it.

Long story short, I have a couple of angels in my life that were looking out for us. Phone calls were made, strings were pulled and Sid is now resting comfortably on all the right medication. Tomorrow he’ll have a proper check up, but for now he is ok. And I saved a billion dollars. MARVELOUS. What a bloody Good Friday.

So what does one do when she is stressing out about her dog? She sews the Turia Dungarees that she’s been meaning to make for close to a year. Oh yes. So wise. Spoiler: I made so many stupid mistakes. Ridiculous mistakes that I haven’t made for a really long time. And I made them one after another. But they’re done.

So pants scare me. Not nice, wide leg, very little can go wrong pants. No. Not all-forgiving stretch leggings. No. I thought overalls were a nice progression. Not tailored pants, not jeans. Denim with a bit of stretch, no fly or any of that jazz. Should be cool right? Nup.

It’s not very apparent in the pics (thanks to the colour black), but I have delightful drag lines in the crotch region. Vertical drag lines that some might call…..

But less cleaving up the middle, more a framing of the sides, if you will.

A bit of googling provided this great resource from Closet Case Files. I heeded the advice, but it made very little difference. When I was trying to figure those pesky lines out, I was pinching out fabric here and there to see how I could get rid of them and I suspect that maybe there’s just too much fabric in that region for me? I’m still not entirely sure. Pants, man. What mysterious creatures.

I unpicked and adjusted those suckers no less than three times. Have you ever unpicked flat felled seams? It’s not a good time. I did manage to make a bit of a difference, but some of those lines remain. In the end I gave up. So advise me wise sewists, what do you think? How do I get rid of those suckers?

I have made this pattern before, but majorly hacked it into a skirt. Because pants are scary and I’m more of a dress gal.

A couple of changes I made:

Bias binding to finish the back underarm bits instead of folding stitching. Did that last time too. No raw edges.

Gave up on the flat felled crotch seam after so many adjustments and just did a mock version. I know, I’m the worst.

Verdict: I don’t know. I want to like them, I really do. Maybe they will grow on me. 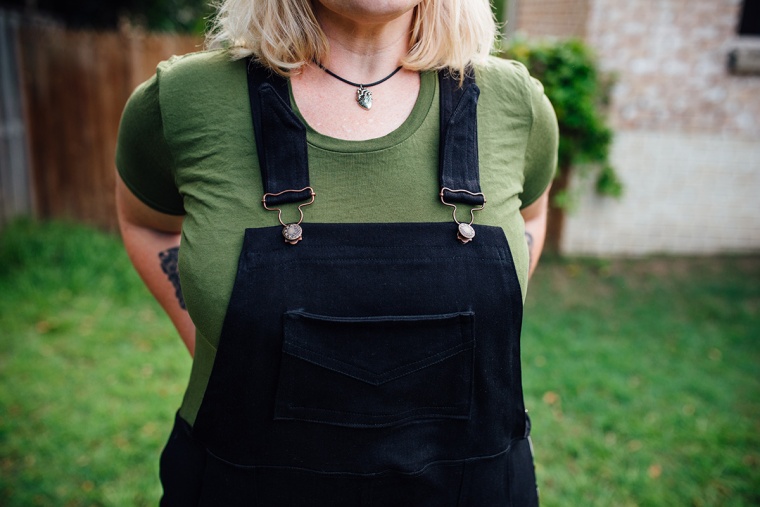