Hello again. I know, two posts in two days. Who even am I? 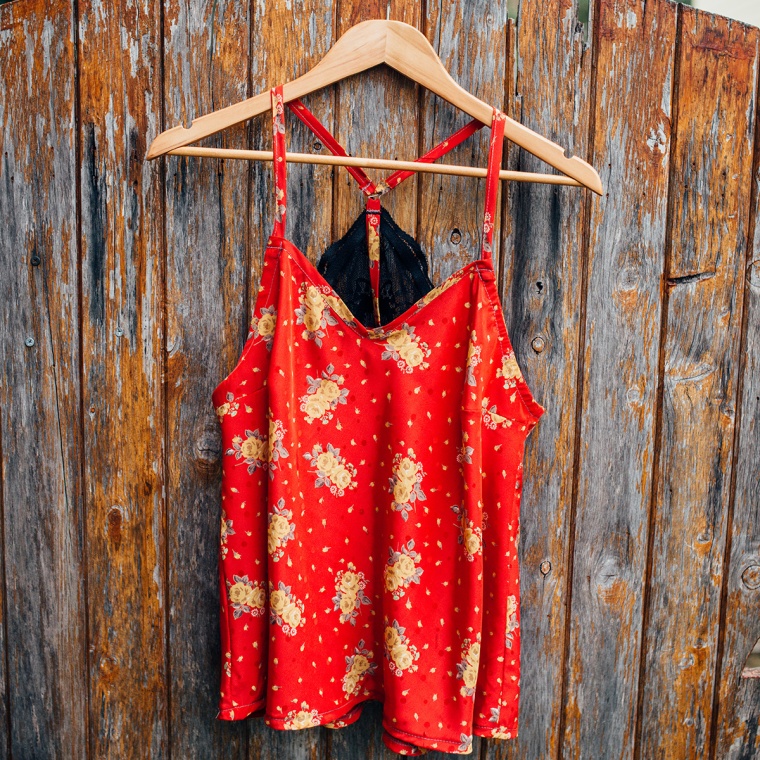 I know I’m generally anti PDF pattern, but I make an exception for Ohhh Lulu because she’s rad and also lingerie pattern pieces tend to be quite small so there’s not a whole lot of cutting and sticking paper together.

That said, the Kate Camisole (pattern here!) is cut on the bias so the front and back pieces are entire (not place on fold pieces) – does that make sense? So they are a bit bigger and there was some cutting and sticking required. But I survived.

There’s not much to this one, but that doesn’t mean I didn’t make mistakes! Oh no sir! Would have helped if I’d read the instructions properly, but honestly, I’m like a bull at a gate. MUST. SLOW. DOWN. The bias tape is meant to be bias facing, not binding. I used it as binding for the front. Oops. Too lazy to fix it though and it ain’t so bad. Sarah has a super helpful tutorial for this, which can be found here. I recommend watching it before you sew, not after like I did.

There are a number of variations on this pattern and I chose the lace back, she’s pretty cool right? The lace has a bit of stretch so I made it more stable with elastic (which is an option in the pattern instructions). It’s not scallop lace, but it has all these rad shapes in the fabric so I just cut around one of them and it’s the perfect size, really. I didn’t use sliders on the straps because I found they were a bit short on me. Next time I’ll lengthen them a bit.

Oh the fabric. It’s another op shop score. Same shop as the hanky panel fabric from yesterday, actually. It’s most definitely polyester but handled a hot iron really well, so I didn’t even have to swear or cry. I have a feeling it’s vintage, but I don’t know for sure. I only had about two metres of it, so it was perfect for this project – which uses a bit more fabric than you’d expect because of the bias cut thing. I’ll definitely be making this one again.