As soon as I finished the first version, I cut out another from this rad rainbow border print. I managed to use up most of the 6 yards I had. Such a fabric hungry dress. I couldn’t help it though, that silhouette is pretty amazing.

I tried my best to line up the panels, but they aren’t perfect. Luckily the skirt is so full that it isn’t super noticeable.

I won’t blather on about this one since I literally just made another one the same.

The only changes this time were omitting the sash and adding horsehair braid into the hem. Which is a really easy way to finish never ending circle skirt hems. Apparently I can’t stitch straight though.

It’s been a bit of a day. My little old Bernette wasn’t sewing well yesterday and because she’s never skipped a beat, I assumed it was the end. Turns out I was right and my sewing machine repair guy confirmed that for me today. 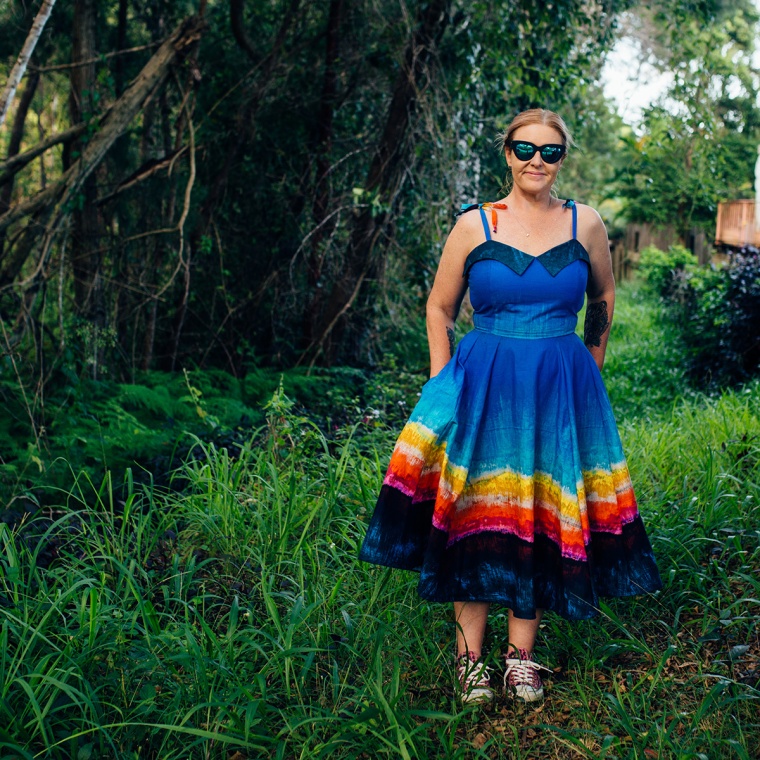 So this dress was sewn mostly on my vintage Janome, which goes really well to be honest. She isn’t a fan of knits though. Now I have the fun job of trying to decide what will replace my faithful little Bernette. She was only a cheapy but she will be missed.

There ain’t nothing like a rainbow dress to cheer you up though right? The boys told me this was their new favourite and I should definitely wear it on Christmas day. I think I will, kiddos.